Together We Can Change Our Community - Donate Today 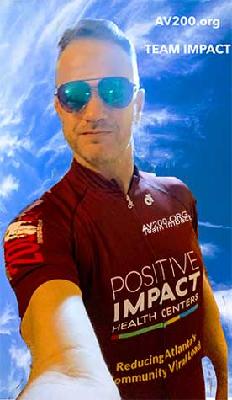 The COVID-19 pandemic has caused profound disruptions in almost every aspect of that battle against AIDS, grounding outreach teams, sharply curtailing testing and diverting critical staff away from laboratories and medical centers.

Once again I am raising money to support vital vaccine research at the Emory Vaccine Center and for the work Positive Impact Health Centers does in the community to fight AIDS.

The exact impact of one pandemic on the other is still coming into focus, but preliminary evidence is disturbing experts who have celebrated the enormous strides in HIV treatment. While the shift in priorities is nationwide, delays in testing and treatment carry particularly grievous risks in Southern states, now the epicenter of the nation’s HIV crisis.

“This is a major derailing,” said Dr. Carlos del Rio, a professor of medicine at Emory University in Atlanta and head of the Emory AIDS International Training and Research Program. “There will be damage. The question is, how much?”

Nowhere will the lack of data be felt more profoundly than in the South: The region accounts for 51% of all new infections, eight of the 10 states with the highest rates of new diagnoses, and half of all HIV-related deaths, according to the most recent data available from the Centers for Disease Control and Prevention.

Concrete signs of the impact on HIV surveillance abound: One large commercial lab reported nearly 700,000 fewer HIV screening tests across the country — a 45% drop — and 5,000 fewer diagnoses between March and September 2020, compared with the same period the year before. Prescriptions of PrEP, a preexposure prophylaxis that can prevent HIV infection, have also fallen sharply, according to new research presented at a conference last month. State public health departments have recorded similarly steep declines in testing.

The slowdown in HIV patient services “could be felt for years,” said Dr. Melanie Thompson, principal investigator of the AIDS Research Consortium of Atlanta.

She added, “Every new HIV infection perpetuates the epidemic and will likely be passed to one or more people in the months to come if people are not diagnosed and offered HIV treatment.”

“There is the stigma that’s real. There is legacy racism,” said Dr. Thomas Giordano, medical director of Thomas Street Health Center in Houston, one of the largest HIV clinics in the U.S. The state’s political leaders, he said, view HIV as “a disease of the poor, of Blacks, Latinos and gay. It’s just not mainstream at the state level.”